Green seaweeds were important players in the ocean, long before their descendants took control on land. 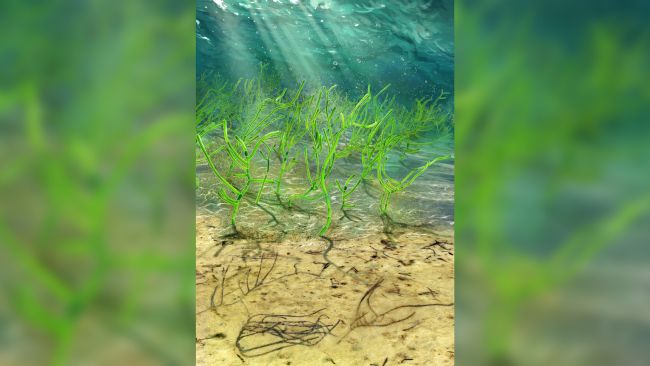 The oldest green seaweed on record, the ancestor of all land plants, lived about 1 billion years ago, a new study finds.
Scientists have discovered the fossils of what may be the oldest green algaeever known. The newfound seaweed — called Proterocladus antiquus — lived about a billion years ago. And even though it was tiny, about 0.07 inches (2 millimeters) in length, the algae had a big role: It could produce oxygen throughphotosynthesis.

"Its discovery indicates that green plants we see today can be traced back to at least 1 billion years ago, and they started in the ocean before they expanded their territory to the land," study lead researcher Qing Tang, a postdoctoral fellow in the Department of Geosciences at Virginia Tech, told Live Science in an email.

Related: In photos: Fossil forest unearthed in the Arctic 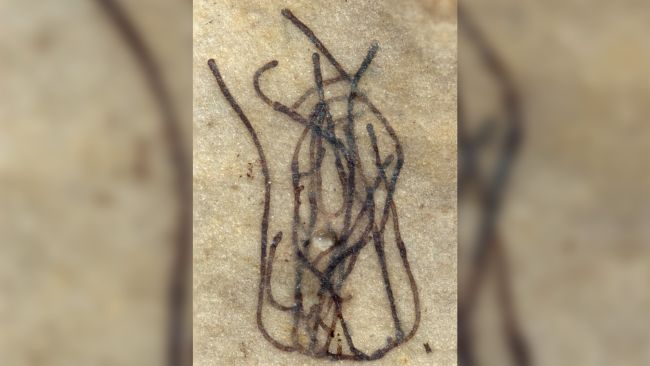 Until now, researchers didn't have hard proof that green algae lived that long ago. Rather, computer models, including those based on molecular clocks, indicated that photosynthesizing plants arose between the Paleoproterozoic era (2.5 billion to 1.6 billion years ago) and the Cryogenian period (720 million to 635 million years ago).
Now that researchers have a fossil, they can confidently say that photosynthesizing plants, a group known as Viridiplantae, lived at least 1 billion years ago, and that they were multicellular, Tang said.

"Previously, the oldest widely accepted fossilized green algae was about 800 million years old," said Timothy Gibson, a postdoctoral fellow in the Department of Earth Sciences at Dartmouth College in New Hampshire and the Department of Geology and Geophysics at Yale University, who was not involved with the study. "This work confirms what many have expected based on the existing, though sparse fossil record, which is that green algae likely existed about a billion years ago."

Tang and his colleagues discovered the fossils near Dalian City in Liaoning province of northern China. They had heard there was "a thick pile of well-exposed sedimentary rocks" from the Nanfen Formation dating to about a billion years ago. So, Tang took some of these ancient rocks, mostly mudstone and shale, back to the lab at Virginia Tech.

Tang was "really excited" when he saw the algae fossil under the microscope. In all, he identified 1,028 specimens. "I showed it to my supervisor [Shuhai Xiao, a professor in the Department of Geosciences at Virginia Tech], and we immediately agreed that this was going to be a very interesting discovery," he said.

Just like modern-day algae, P. antiquus has differentiated, branched cells and root-like structures, Tang said. It likely played an important role in the ancient ecosystem by producing oxygen, he said. In addition, it likely provided food and shelter to other organisms.

"Most of the organisms (particularly cyanobacteria) in this period were either planktonic or lying on the seafloor," Tang said. P. antiquus also grew on the seafloor, indicating that it could have served as an ideal place for living, hiding, resting for other organisms, he said. Life on Earth is dependent on photosynthesizing plants and algae for food, yet land plants did not evolve until about 450 million years ago, Tang said. "The new fossil suggests that green seaweeds were important players in the ocean long before their descendants, land plants, took control," he said.

These fossils came from an ancient ocean, but there is still a debate about where green algae originated. "Not everyone agrees with us; some scientists think that green plants started in rivers and lakes, and then conquered the ocean and land later," Xiao said in a statement.

Moreover, green algae isn't the oldest algae on record. "There is strong fossil evidence that red algae existed over a billion years ago, and we know the red and green algae diverged from a common ancestor," Gibson told Live Science in an email. "So, although this doesn't fundamentally change the way I'll think about the evolution of life, the discovery of this green algal fossil helps fill an important gap and strengthens an emerging timeline for the evolution of early, complex life."

The study was published online yesterday (Feb. 24) in the journal Nature Ecology and Evolution.